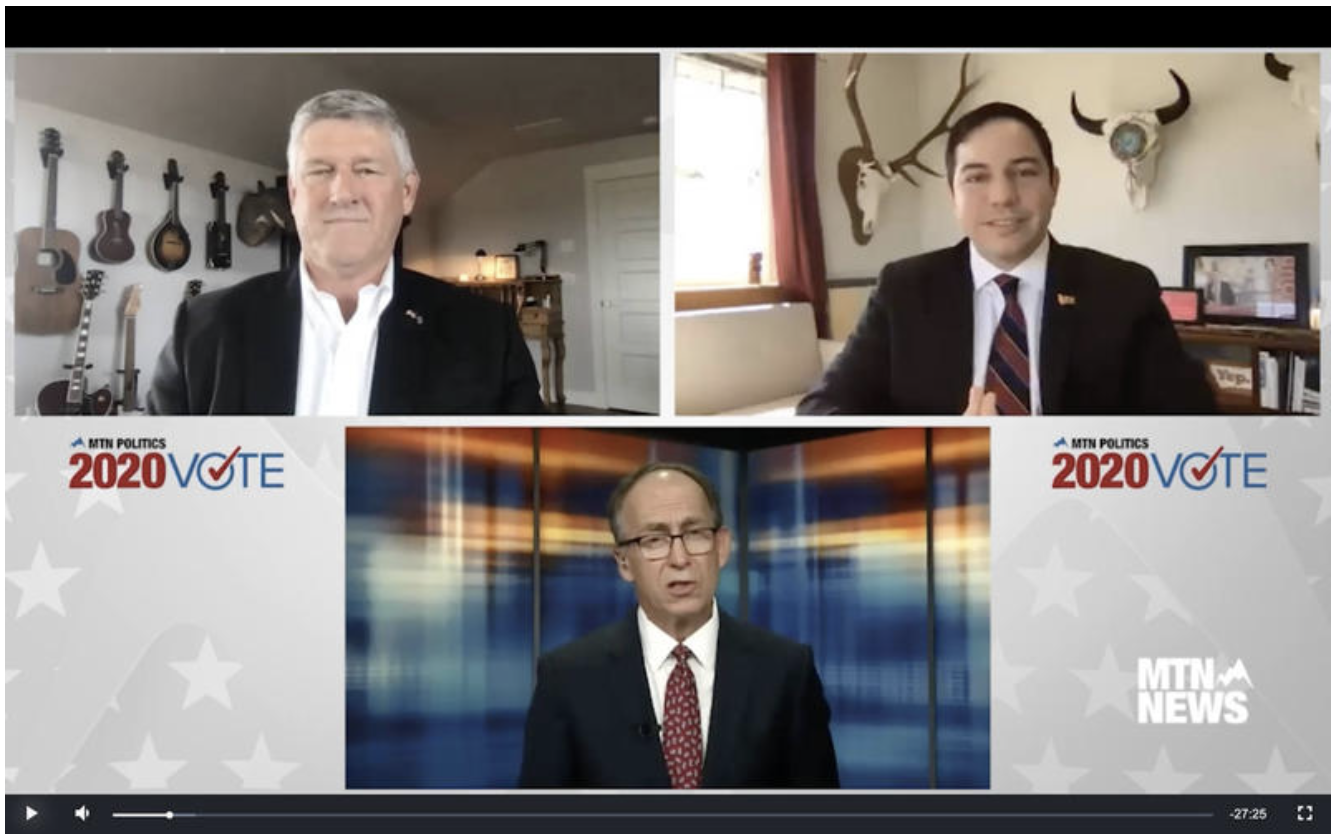 The candidates for Montana’s state auditor office squared off in a televised debate Sunday hosted by MTN News. The Republican candidate touted his past business experience as making him the most qualified to run the office. The Democrat argues he’s best prepared for the job due to his work as an attorney and state legislator.

Republican Troy Downing, a businessman and combat veteran from Bozeman, and Democratic State Rep. Shane Morigeau, an attorney from Missoula, are vying to be the state’s commissioner of securities and insurance. The state office is responsible for regulating insurance and investment industries in Montana. The seat is left open as current Republican State Auditor Matt Rosendale is running for U.S. House against Democrat Kathleen Williams.

Downing said Sunday that he should be the one to fill the seat because he brings broad business experience, having worked in technology, venture capital, securities and insurance.